Welcome! If you're new to Flashback Alley....
Be sure to check out MY CURRENT SPECIALS
You can find some of my shop items offered elsewhere (such as Etsy and eBay).
But my best prices are right here on Flashback Alley.
And, as an added BONUS ....
Preferred Customer subscribers receive a discount on each and every order! 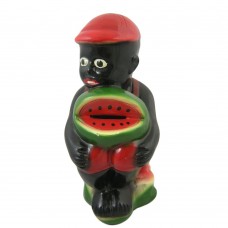 A wonderful and original piece of Black Americana from the late 1940s / early 1950s. This young black boy sits with his knees drawn and arms outstretched to keep the partially cut watermelon secure on his lap. He wears red overalls and a matching red cap, with the slice from the watermelon serving as the coin slot. Stands 12" high and is in excellent condition, with only a few minor nicks in the paint, the two most notable ones being at the watermelon rim. There's not even a hole or plug for retrieving the collected cash! Pressed stamped marking on the left rear of the base which reads G.M.G. Art / Lou, Ky. with what is presumably a mold number of 186. Researching the G.M.G. Art name, I find only one reference, in The Encyclopedia of Louisville, which states that "[i]n the post-World War II era, ... [t]he G.M.G. Art and Novelty Co. was founded by Albert Grisanti, his brother Ferdinand, and his cousin Dorina Mattei. After about ten years in this business of manufacturing plaster novelties, the three principals started Casa Grisanti. For many years, it was a premier Italian restaurant..." The author of this book section (which apparently is on the Italian community in Louisville) was Dominic Mattei, presumed to be a relative of Dorina, one of the restaurant's founders. Further research confirmed that the Casa Grisanti opened in 1959, which appears to put the G.M.G. Art start date around 1949. With the proliferation of reproductions that plagues the market, there can be little doubt of the authenticity and dating of this wonderful bank — a fabulous addition for any Black Americana collection.
Add to Wish List Compare this Product

Proud member of the Your Vintage Friends community!

I strive to be:
* Thorough in reviewing condition
* Competitive in pricing
* Fair with shipping costs

Have any questions or concerns? Message me here!

According to Antique Trader's Black Americana (2nd ed.), F&F Mold & Die produced its figural hard plastic Aunt Jemima and Uncle Moses salt and pepper shakers in two sizes, 3-1/2" and 5-1/4". This fabulous Black Americana treasure features Aunt Jemima in the larger form. If you're needing both shakers, you're in luck -- you'll find I've listed Uncle Moses separately in consideration of the shopper who may already have one, now needing only the other. This Aunt Jemim..

Add to Cart
Add to Wish List
Compare this Product

According to Antique Trader's Black Americana, F&F Mold & Die produced its figural hard plastic Uncle Moses and Aunt Jemima salt and pepper shakers in two sizes, 3-1/2" and 5-1/4". This fabulous Black Americana treasure features Uncle Mose in the larger pepper form. If you're needing both shakers, you're in luck — you'll find I've listed Aunt Jemima separately in consideration of the shopper who may already have one, now needing only the other. This Uncle Moses is ..

Add to Cart
Add to Wish List
Compare this Product

Adding to our Black Americana collection, this wonderful Mammy cookie jar was distributed by the National Silver Company in the late 1940s / early 1950s. According to the Illustrated Value Guide to Cookie Jars, Book II, the National Silver Company 'was another distributor that did not manufacture any of the products they sold. It is difficult to tell who made the cookie jars for them since they had several different companies commissioned to manufacture the items they sold.' ..

If she loves cameos, she is sure to love this! You’ll find this sweet teardrop 14 karat gold carved shell cameo brooch pin pendant in my Etsy shop, with a link in my bio. #LoveYourShopSweeps #LoveYourTeam #GotVintage #EtsySellsVintage #VintageCameo #VintageBrooch. https://www.etsy.com/listing/558914528/teardrop-14k-gold-carved-shell-cameo

I love this time of year as it always brings me to think of Christmases of long ago and memories treasured throughout the years. Whether you're looking to reconnect with old memories or create new ones in vintage Christmas style, I've got a growing selection of ornaments and other Christmas decorations, gift wrapping paper and gift cards dating to the 1950s, '60s, '70s, and a few newer ones as well. These large feather light ornaments are just a sampling of the awesomeness you'll find! #ChristmasDecorations #ItsChristmasTime #ShopSmall #Vintage #Vintage4Sale #VintageChristmas #VintageChristmasDecor #VintageChristmasDecorations #VintageForSale #VintageHoliday #VintageSeller #VintageShop #VintageShopping

I received my mugs today and I could not be happier. Packaged with great care, lovely card to say thank you, and all intact. They are better than expected, with the size I really wanted, thinner rim for sipping coffee and hot chocolate. I really have a thing for pottery mugs and these are great quality and wonderful drip glaze. Flashback Alley owner Holly is wonderful to work with, great communication, extra service all along. Thank you again! I love them.
- Shelly (11-08-18) 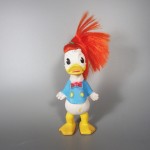 Seller was very nice and helped me through the registration and purchase process. Love the product and arrived quickly. Thank you!
- Sharon DeQuasie (08-29-18) 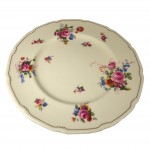 The packages of Royal Doulton tea cups and dinner plates arrived in perfect condition. I could not be happier with the merchandise. Holly is personable and cares about the quality of the product as well as the packaging. Holly is a pleasure to work with and I will be shopping at Flashback Alley in the future. I'm so glad I found Flashback Alley!
- Susan (08-22-18)